If Life Was Kerem Bürsin

We spent two days with Kerem Bürsin for the cover shoot. And it was this title that remained in my mind and heart right now. He is a new generation actor. A star that continues to rise in her career. A true citizen of the world. Multilingual, multicultural. Very aware, very helpful. He’s also a very strict athlete. His body is under control of his appetite. Is it bad? If Kerem Bursins increased in Turkey, wouldn’t one be hopeful for the future?

It has been on our agenda for nearly four years. Childhood years spent all over the world from Abu Dhabi to Texas, from Jakarta to Los Angeles because of his father’s job; With his good looks, muscles, slight American accent, his relationship with Serenay Sarıkaya and his helpfulness, he has found and continues to find a wide place in newspaper headlines, magazine covers, and social media posts. 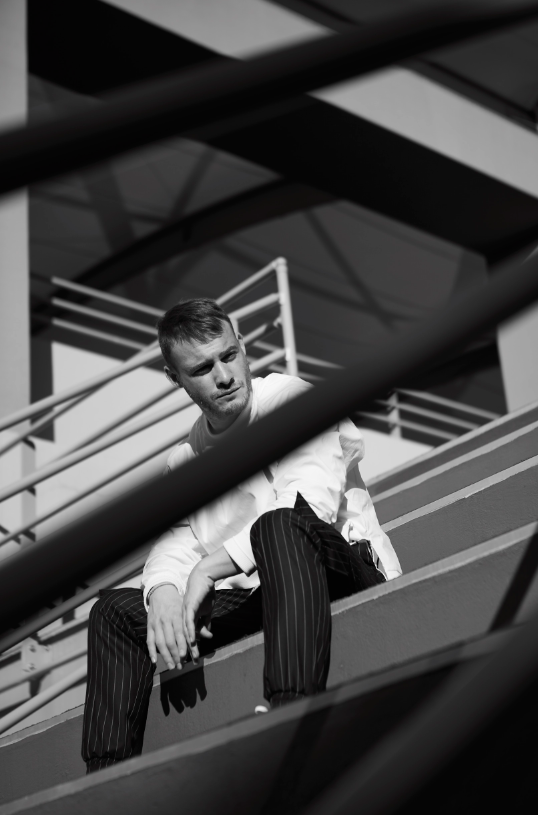 For this reason, we invited him to a place that would make him happier than my questions; To Europe’s most ambitious sports hotel, to the Gloria Sports Arena, which brought your Iron Man organization to our country… I think he was really happy to see the giant football fields, olympic pools, running tracks, boxing ring and long jump track around him. At least I can safely say that shooting and training, interview and game mixed together and we had a lot of fun. 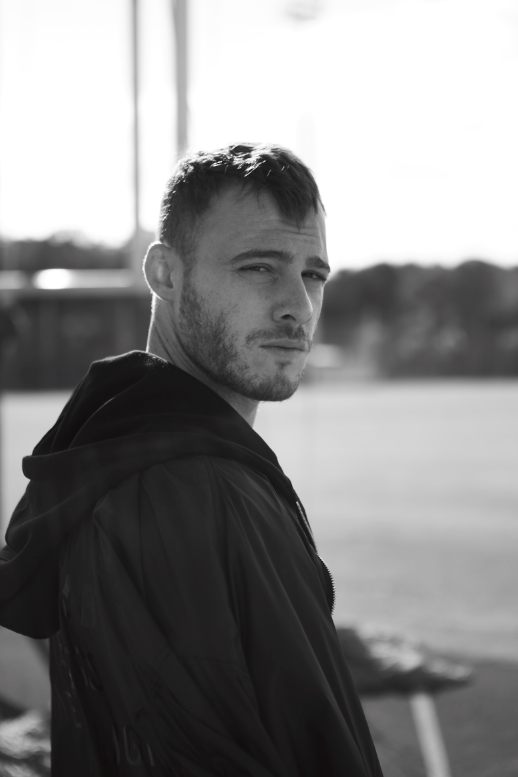 Kerem Bürsin is one of our most athletic actors. In fact, simply saying ‘athletic’ is insufficient because he is a certified ‘trainer’. While living in Los Angeles, he first receives general personal trainer training, then specializes in kettlebell and finally warrior trainer. He gets up at 4:30 every morning and goes to lecture. “You help someone evolve, start changing something about themselves. For example, seriously, I was the trainer of athletes. But in America, some clubs, for example, made agreements with elderly care homes and we were giving free lessons to them. They were all equally motivating for me. I was taking strength from someone, I was giving strength to someone.” 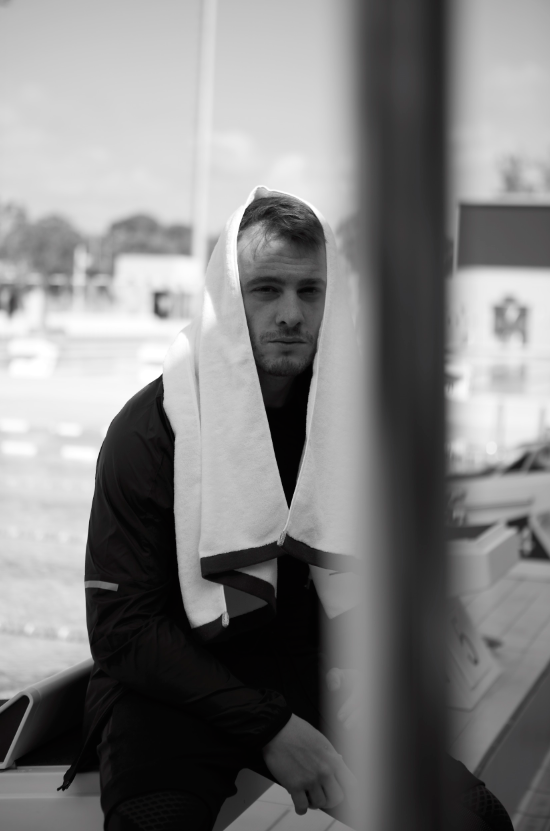 He is handsome enough that young men will envy and young women will fall in love with, he is not very ‘Turkish type’, has a sixpack; This red-blond young man, who speaks perfect English and slightly flawed Turkish, can deftly avoid compliments. He is modest and does not like to be in the center very much. “You are the idol of so many young people. I admit that I was impressed with the answer he gave when I asked him, “Are you close to being the right man in your ideal?” “Being the ideal man maybe isn’t just about me, my achievements. Life is not just about me. Helping others, helping someone’s happiness, health, success, is perhaps what will make me the ideal man. I always like to give. From giving back what the universe gave me…” This philosophy, that is, ‘giving back’ is Bürsin’s life goal. 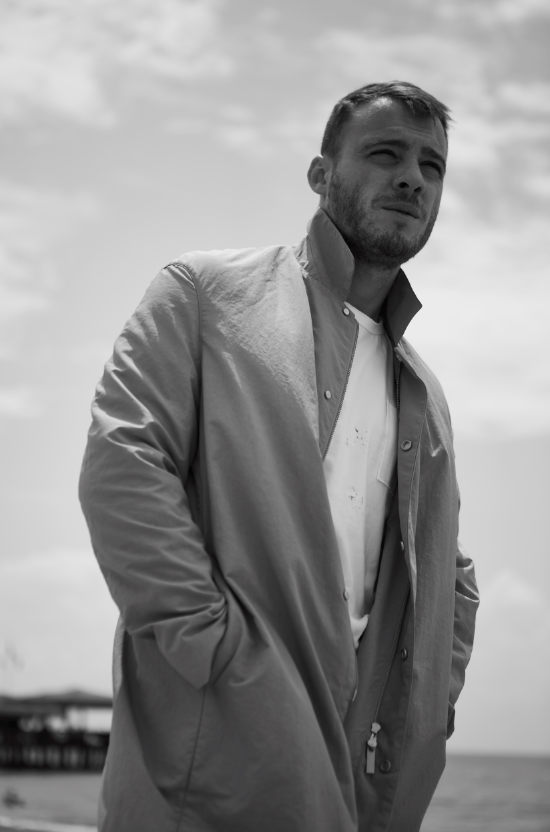 That’s why you see him in Unicef ​​organizations and many charity projects. But it highlights that more can be done. “Turkey is a country that both needs and helps. If I’m a tool here, we should use it. What I have; my language, my talent, my reputation… For example, there was a very important summit in Istanbul in 2015. That was when the refugee crisis erupted. I learned this from us, not from right or left, but from the United Nations account I follow on Twitter. I could be there too. This was the crisis of both the world and Turkey, and they met in Istanbul, but there were no Turkish representatives. It was so ingrained in me… There is so much to do.” 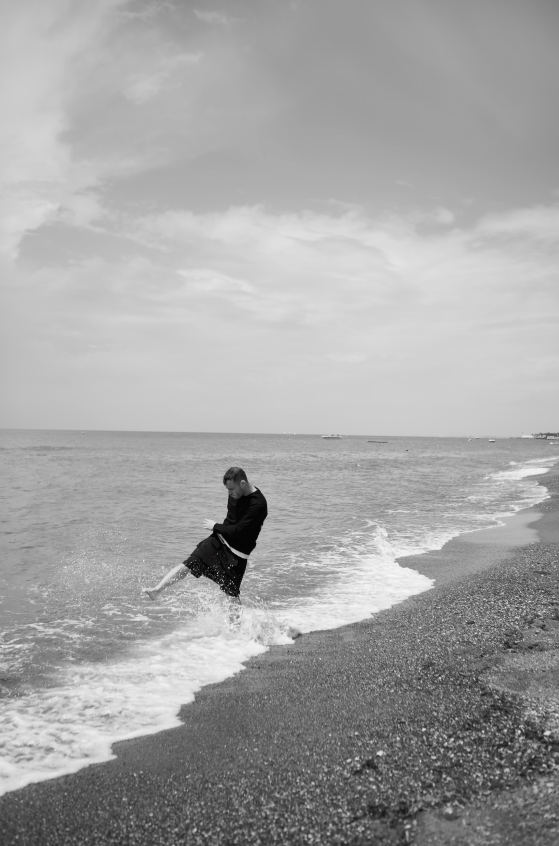 We’re making him sweat a lot for the shoot. He rolls a truck tire on the beach, plays basketball, swims, jumps over obstacles, hits the sand with ropes… As he does it, he gets pleasure. He already says that some of what he does is part of his daily training. I ask Kerem, “Does sports save lives?”, he answers, “Absolutely”; “Being an athlete is one thing, but doing sports… It saves lives.” 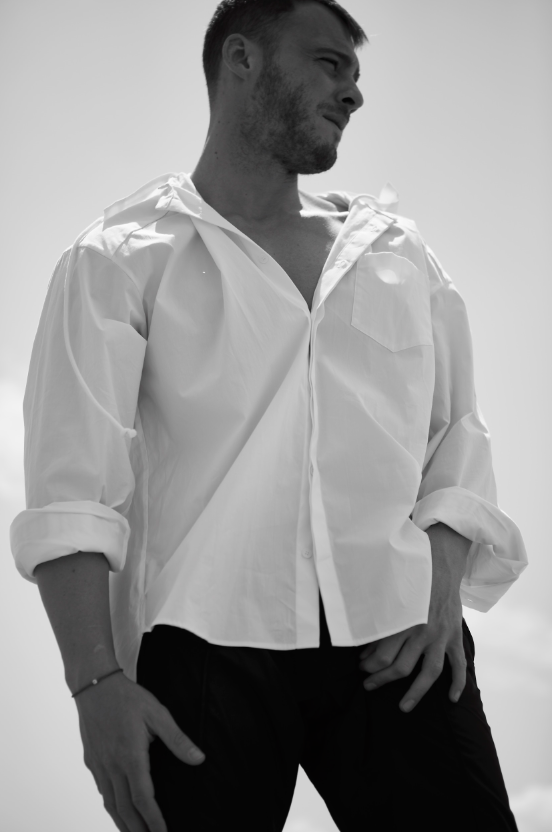 “Life is not easy, we all know that. But I did and continue to do sports for only one thing: To say ‘I succeeded’. It doesn’t matter how many push-ups or how many baklavas; A sense of accomplishment is important. That’s why I like to train early in the morning. When I start the day with a successful attitude, I feel like I can handle whatever comes my way that day. 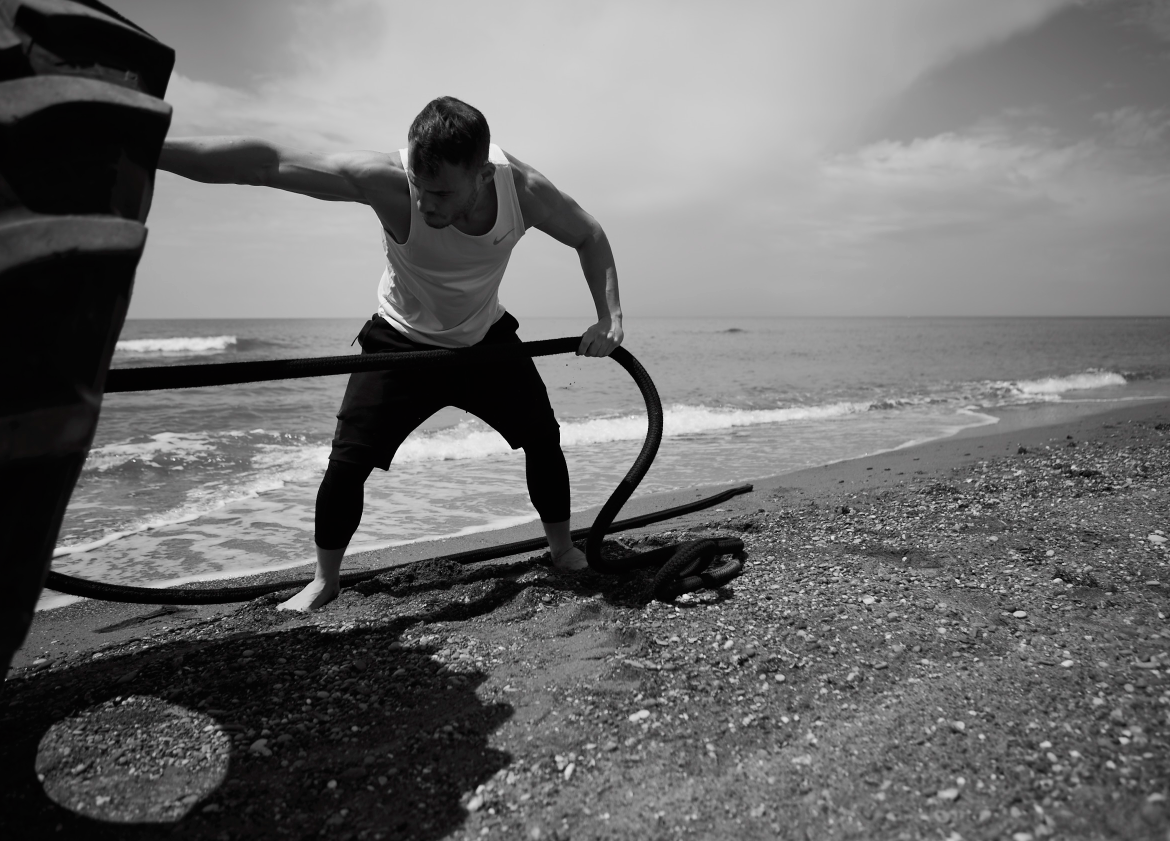 You can come across a man or a woman with that confidence. In fact, if we think in terms of instinct, you send the signal ‘I can protect you, I can take care of you’. You also give your exams and fights in training every day, and this gives you another kind of maturity and endurance in daily life. Unfortunately, there are so many external factors that affect our brain and soul in this life… That’s why panic attacks, restlessness syndromes and depressions are increasing day by day. Sports discipline is something else. You believe that if you take action, you will do anything. As you succeed, you see that you can do anything if you really want to.” 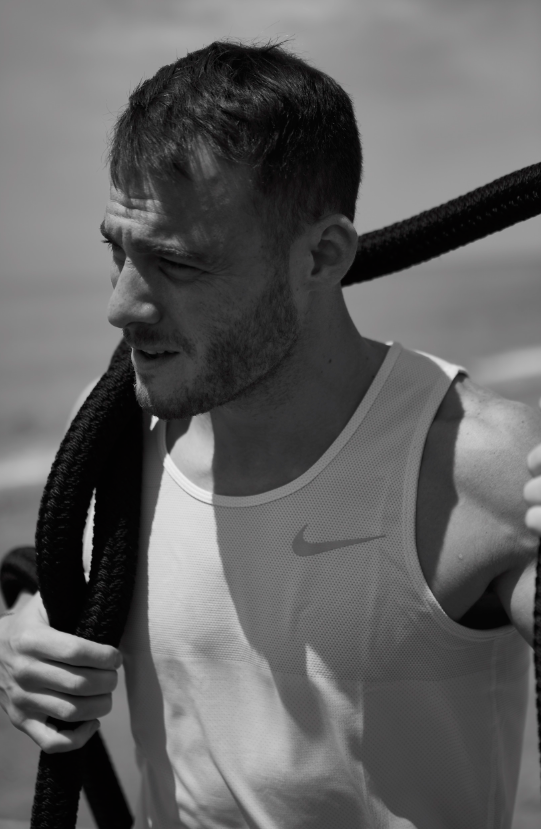 I remind you that he said in one of his interviews, “I am in favor of living ‘smaller’” and I ask: “As you get older – I mean both your age and the weight of your name – doesn’t it get harder to live small? Look how well-known you have become in a few years: TV series, commercials… Moreover, one of Turkey’s most famous and most beautiful women is your girlfriend…” 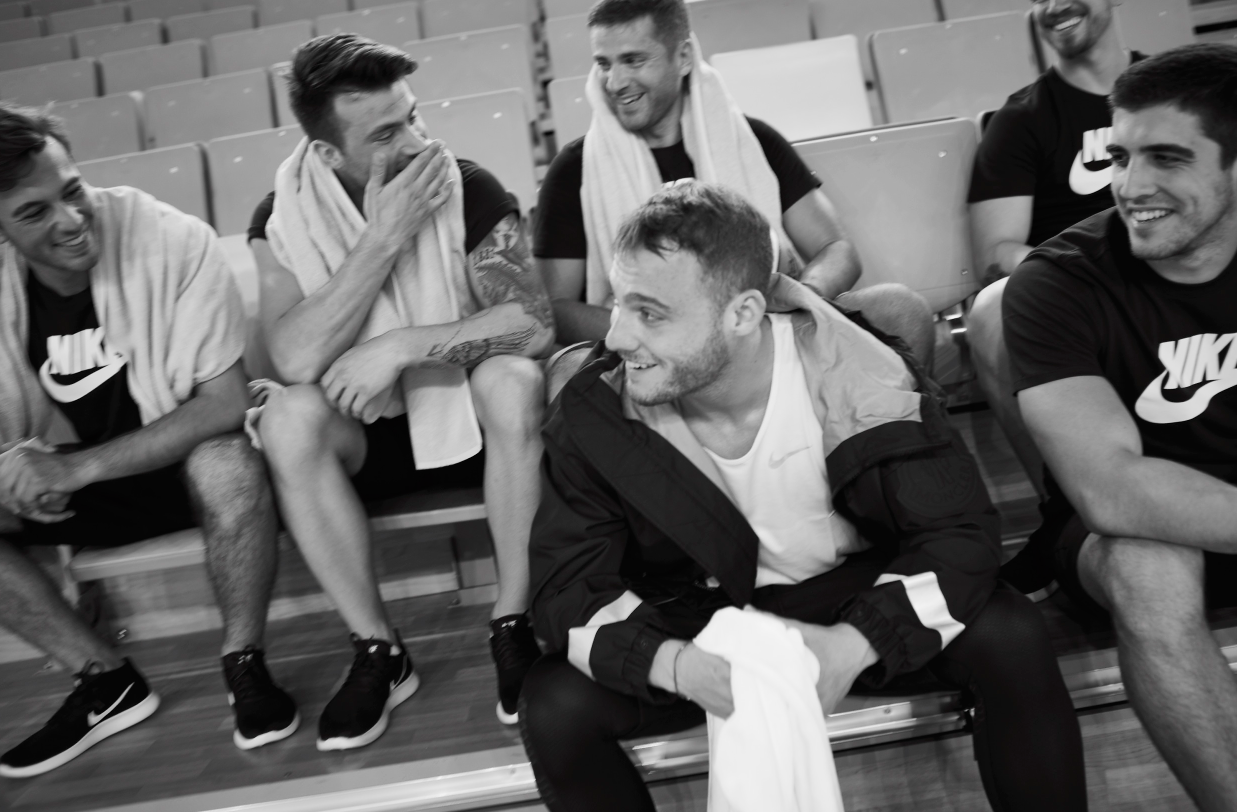 “It gets a hundred percent difficult. Really… But there is a philosophy of ‘getting smaller as you get older’, I believe in it. From the outside, maybe yes, everything looks big. Who knows what some of them are saying by looking at this apparent life of mine. But day by day, I’m getting more and more thankful and giving back psychology. I make more efforts for social responsibility projects; I value naive times and naive relationships more. I try harder to determine my lifestyle accordingly. I go to the gym in the same place, I spend time in the same places, I maintain relationships with old friends, I stick to my rituals. So it’s not really what it looks like from the outside.” 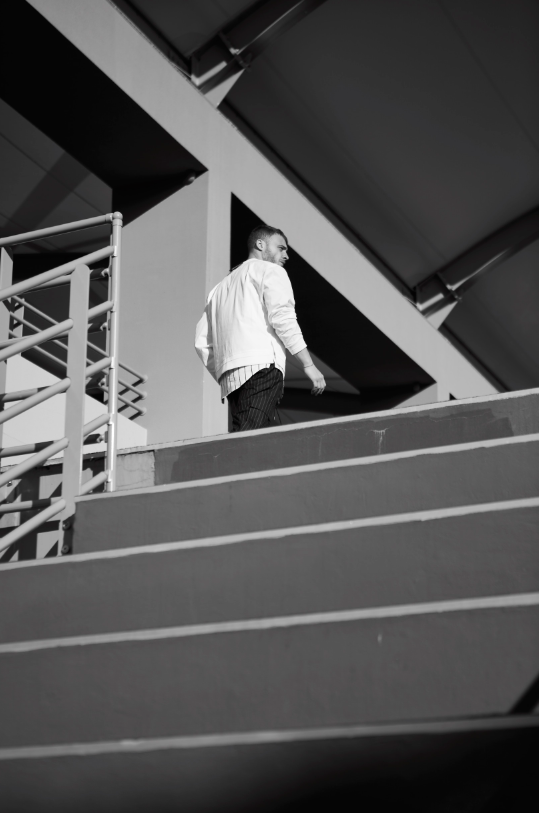 He came to Turkey four years ago. I wonder what you criticize first. “When I came back, two things caught my attention. First; ‘money’ ruled everyone and everything… Secondly, disrespect towards women was prevalent throughout society. I don’t think it has anything to do with the education you received at school. Unfortunately, we come from a culture that is very misguided about money and women from the age of 13-14…” 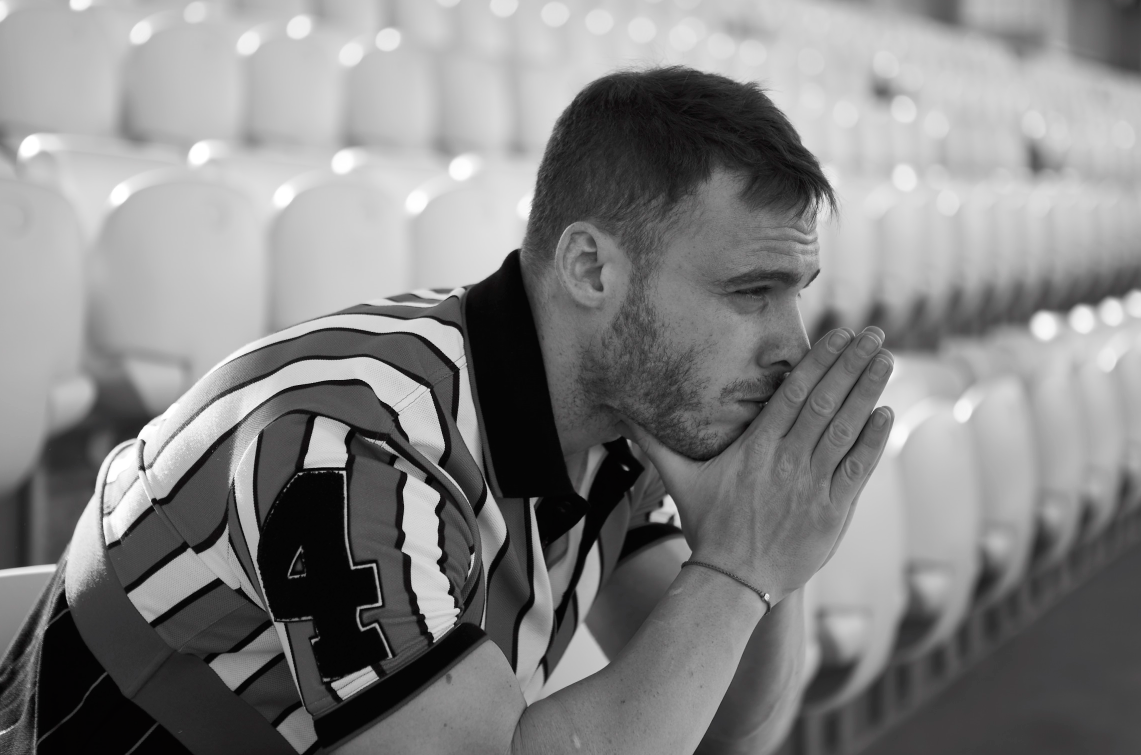 On the days we were shooting, the final episode of the series ‘Bu Şehir Arkandan Gelecek’ was being shot . Bürsin will take a break from TV series for a while. There is a movie project nearby; He also wants to concentrate on America. Similar to my difficult print publishing requirements apply to his television career. He sees the Internet as a freer, more creative and newer environment and says he can do something about it, otherwise he will wait for a while. 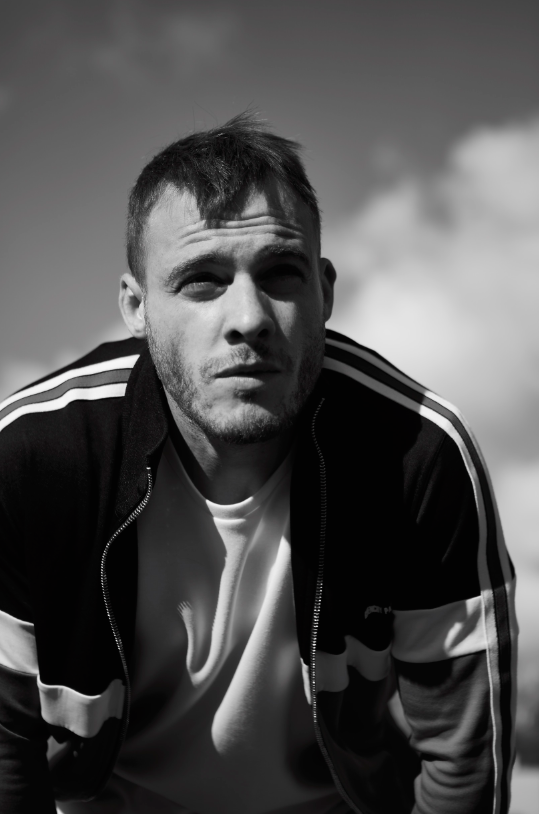 Born in 1987, the actor has done so much work so far… He studied marketing once. She tried everything from fitness trainer to waitress to make a living in Los Angeles. He talks about how his creeps back then are of great use today. “What do you think you would be doing now if you had continued your marketing career?” I ask. “I was more focused on human psychology in the field of marketing. During my first years at college, acting was just my hobby, and like many young people studying marketing in Los Angeles, I dreamed of working at Apple. The offer came, you know? But I was more interested in acting and nature. It has always been in me to transfer, to give. I think it will continue to exist.”

Acting was the job that changed and improved him the most. “You have to research like crazy. To get something out of yourself, you have to go inside. Of course, not only for TV series and movies, but also for a theater play… It is very important to have self-control. The more you know yourself, the more comfortable you are with yourself, the better. It’s actually a great personal development.” Does she get too immersed in her role? “You try to add something to the character you play, of course you practice this in your own life and your role is reflected in your life. But it’s a matter of getting caught or being taken away, that’s another thing. It’s like a good relationship. You’ll have a girlfriend, you’ll be happy, but it’s not that easy to be ‘one’ and flow away. So is the role. So far, I’ve been one with the character I played in a play rather than a TV show; We staged a play called ‘Mariner’,

Let’s come to the most fun part of the interview for me. Recorder turns off, chat begins. Of course I won’t write the ‘off the record’ stuff here, this is a summary of my observations. Bürsin keeps his old friends around and even works with them. They’re like in ‘Entourage’. On the one hand, they are in solidarity, on the other hand, they do business and even ‘hang out’. I haven’t seen them take advantage of Kerem’s fame and have pool parties, he’s different… They both have fun together and work for the ‘Kerem Bürsin’ brand 24 hours a day. They’re all having as much fun as I am watching Jimmy Fallon – Lip Sync Battle and Jimmy Kimmel – Mean Tweets videos. In fact, Kerem’s friend, with whom he lived for years in America, recently attended Lip Sync Battle and shows us his videos. Who is your friend? Matt McGorry, whom we watched in ‘Orange is The New Black’ and ‘How to Get Away with Murder’. While watching these programs on the phone, we sigh why we can’t do things like this. As you know, we love young as a country. Once that definition of ‘jön’, which we could never understand, is used, it is now possible to be neither open nor free. Because the new young man is very careful, very limited, very master… He will not talk much, he will not be funny, he will not make fun of himself, he will not speak his political opinion, he will not have much of an opinion anyway. But most importantly, it will give a sharp and deep look! But here, Kerem Bürsin is not like that. That’s why it gives people hope. Knowledgeable, well-equipped in every sense. He invests in himself, mind, body, soul. He watches international programs, news. Which aid organization in the world is doing what and following it. He wants to do something. He is investigating. I’m sure he, like all of us, rebels against the system. But as long as Kerem Bürsin’s generation continues like this, they will change us and the system. You really believe this when you see that he is standing in front of you like a stapler, taking care of the peace of those around him before him.