There Is Another Chance Of Kerem Bürsin And That’s Kerem

Our life progresses in the company of seven-year breaks. Every seven years, we find ourselves in the middle of a radical change that will change the direction of our lives. Astronomy, astrology, cosmic order… This is one of the common discourses of different fields, beliefs and books. Sometimes our path, sometimes our job, spouse or power changes.

Perhaps the most severe of these fractures coincides with the early 30s. At a sharp fork in the road , you find the signs on which the words “Who are you, what are you, what do you want, where do you want to be” written on them in big letters .

It’s been seven years since the first episode of Kerem Bursin’s first TV series ‘Waiting for the Sun’ , which started his acting career in Turkey and made him one of the popular faces of the screen . 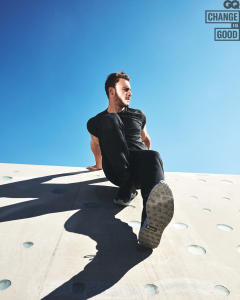 Let’s open the parenthesis one by one…

‘Sen Çal Kapımı’, in which he shared the lead role with Hande Erçel , is one of the most popular works of the season. The series soon extended beyond the borders of Turkey; It entered the ‘Trending Topic’ list on Twitter in countries such as Italy, Spain, Brazil, Argentina and Chile. The harmony and the right team between Hande Erçel and Kerem Bürsin are shown as the success formula of the series.

Eflatun , directed by Cüneyt Karakuş and starring İrem Helvacıoğlu, is one of the most modern examples of the independent cinema genre that Kerem loves and wants to spend more time on in the future.

The Under Armor advertising campaign, on the other hand, is more layered than the brand-celebrity associations we know. Collaborating with names such as Dwayne (The Rock) Johnson and Stephen Curry in the USA, the brand met with Kerem Bürsin in the Turkey leg. In the commercial directed by Kerem’s close friend Mu Tunç , the message is that the only way forward is progress and that real progress is only possible by shedding sweat and tears .

As far as we know, Kerem is a member of a family who grew up abroad and took on more responsibility as he flourished. Always the razor, the neat, the one who does not fail to respect. The one whose face never crumples like his shirt, who always looks like a razor; The Turkish youth ‘s dream of being an ‘American’ is the possibility of being ‘everyone’s sweetheart’ and the prince of the graduation ball in an American high school with a capacity of 4,000 students, nicknamed the “Turkish Cowboy” . He is an ideal Turkish man who can manage every relationship in life gently, who takes good care of his health and body, who takes care of his country’s language, problems and culture, and who seems like a dream come true .

He reminds himself of George Clooney’s words about ‘fame and acting’ in Robert Redford’s time: “At first you hate it. You feel depressed. Then you accept and start playing the game by the rules. You realize every action expected of you step by step. If you have the courage, you will sober up in time and realize that you can change the rules of the game you are in.”

According to Kerem, change is not a headline that comes suddenly at night, celebrated with the chirping of birds in the morning, announced to the world with the most flowery Instagram posts, and made headlines with a GQ interview. It is actually an unknown story of seeds that you unwittingly collected, hoarded or scattered around, some of which you accidentally stepped on and crushed.

“You plant perhaps hundreds of these seeds in your time, without realizing it. You have to locate them one by one and water them every day. Some may give thorns as they grow. It doesn’t matter, you have to keep watering; You don’t know what it will turn into. There will also be those who will give up. But inevitably, perhaps the unexpected will start to grow and surround you.” 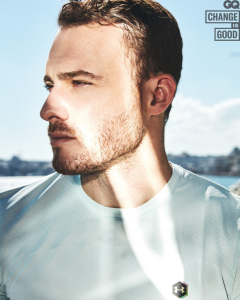 This change is slowly tearing up the poster child versions of ‘Pose Kerem’ and replacing it with a more real Kerem.Can you introduce us?

“I think the pose you mentioned, Kerem, never existed. There was no such person,” he replies, in a calm tone. When he says, “I’m talking about the moments when your face seems more comfortable and you can relax a little and be yourself”, his face relaxes with a stiff smile this time.

As it approaches its seven-year cycle of refraction, there are moments of long tunnels through which it goes, darkening as it progresses. These are the moments when everything looks the brightest and most perfect from afar, from the outside, from the shop window.

It could also be an option to ‘blame’ the country, the sector, and those around him. On the contrary, he says, “If there is a situation in your life that goes wrong, you are the first to blame for it, “ and takes the bill to himself. “It’s always a matter of time before you regain control of the steering wheel,” he says,“Just be aware.”

Then comes that ‘breaking’ moment. Both figuratively and literally. This is the moment he felt in his marrow, startled by his voice: “Last year, I broke my spine. I was in terrible pain that covered my whole body. I opened my eyes with a terrible pain. For a moment I thought I would never walk again . When I realized that I could hit the ground, I felt like the luckiest person in the world. I could see myself as the unluckiest person in the world because my spine was broken.”

According to Kerem, just like happiness, unhappiness is a choice.Realizing this, he can move chess pieces. As Kerem speaks, you feel the effects of his passing through a period where he reads, writes a lot, collects information, involuntarily sprinkles this information between sentences, and shares plenty of book recommendations.  Joe Dispenza ‘s book ‘Breaking the Habit of Being Yourself’ is at the top of the list. He turns the advice “Take 20 minutes for yourself every morning” in the book into a morning routine and takes life out of his life for 20 minutes. In the remaining space, he is alone with himself. Sometimes he writes, sometimes he just sits and does nothing or talks to himself in front of the mirror.

In the same book, Dispenza also asks the reader: “How many times in history have we seen individuals who were thought to be fools, subjected to violence because of it, and then risen as geniuses, saints, or masters? Do you dare to be original?”

In response to this question of Dispenza, he crumbles all the stones in front of him that will hinder him with his own hands, getting a little closer to the real and natural. Living in Turkey now and getting used to the country’s culture and language has a lot to do with this situation: “I have always been at peace with my Turkish identity. For me, rather, a kind of discovery process began. As I explored, I got richer and deeper.”   There are expressions that he clings to and adopts, although he has nothing to do with fate or grief. For example, “It will be good.” 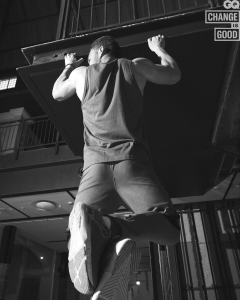 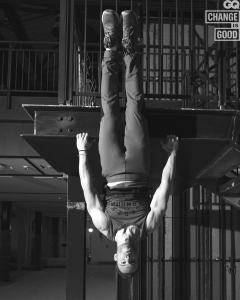 “As I used it, I started to relax. If it will happen, it will happen, it is indispensable. All is well, here it is… When you can look at life from here, you don’t tire yourself out by worrying about whether something is happening or not.”

At a time when the majority is trying to find their way and ‘cover’ abroad, Kerem runs in reverse; It connects to Turkey more and more every day. In the last seven years, when Kerem strengthened his ties with Turkey, many people left. According to TUIK data, 113 thousand 326 people left Turkey in 2017 alone. Two out of every five people who choose to live abroad are between the ages of 20-34. Kerem thinks he has more work to do here. He doesn’t just say it in a commercial sense: “The platform where I can influence people is much broader in Turkey and I’m excited to use it in a way that benefits society. At the end of the day, I want to work in America, but after this point, I will never leave Turkey.”

A post he made on his Instagram account, of which he has 5 million followers, to stop sexist discourse, received more than 270 thousand ‘likes’ and thousands of comments; It was a page-by-page news in the national press.  “Man comes into the world with the privilege of acting and speaking sexist in patriarchal societies. Most of them don’t even realize how sexist their actions and words are. This is the ‘package’ handed to him by society, he doesn’t even question it. Maybe because he didn’t grow up in similar words, every sexist expression stuck in the daily language bothers Kerem very much. Every time he hears such expressions on the street, on the set, during the day, he feels the need to correct. “Don’t curse like that. When I say that there are women around and you are hurting them, the answer is this: That is not my intention. How not?”

The issues he questions are profound. He is aware that these will not change by bringing up his subject in an interview and posting two Instagram posts on it.

“Why shouldn’t my favorite color be pink? For example, I have dozens of Instagram ‘stories’ that I wrote in pink. Will protecting women’s rights and raising my voice to end violence against women will make me less of a man? We should normalize them all together by talking and expressing them every time. Women don’t need men’s support or ‘owning’ them, women shouldn’t be hindered by men and a patriarchal society.”

While questioning all these, there is a sentence he repeats from time to time: “I don’t want to be a young man. I’m not that kind of man. I can’t spend my life being called the ‘handsome face of the screens’. I don’t want to be handsome or anything.”
On the contrary, he dreams of making absurd comedy, having fun just like in his TV series. “I want to use my energy and my platform outside of work to defend my feminism and women’s rights. Until now, I could only show 20 percent of my true passion and what I wanted to say. I don’t have a word to be afraid of anymore.”

It reminds me of Steve Jobs’ famous phrase: “Often people don’t know what they need until you show it to them.”

And what they want to change… The plan to destroy the image of the “masculine, strong, invincible, indestructible man” that is layered upon… For the best 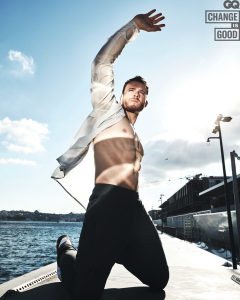 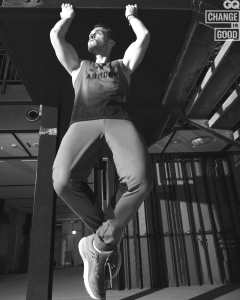 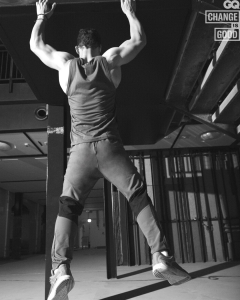 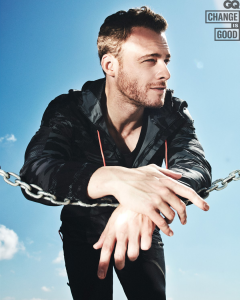