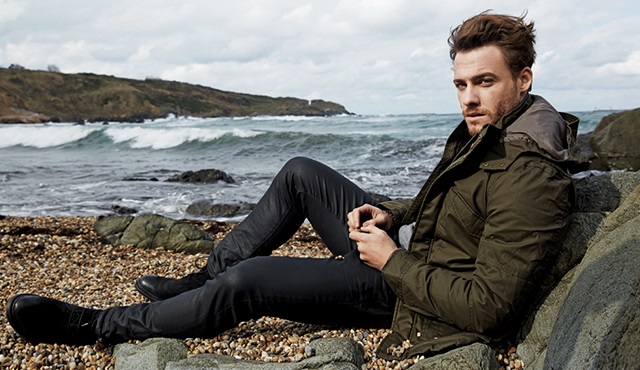 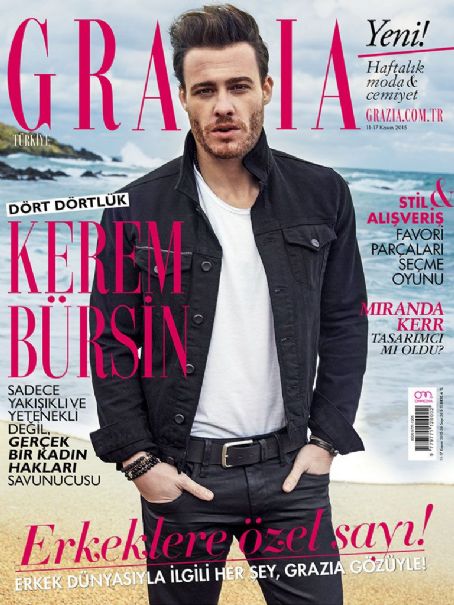 You understood the feature of this issue as soon as you looked at the cover: In this issue of “Special for men”, we made a little positive discrimination and brought a man “very sensitive” to women to our cover. I did! l am appre

ciative of the fans who realized that they would see Kerem on the cover and quickly wrote messages and e-mails that they were waiting for us with curiosity since that day; we hope that we are here with a cover that w

ill not disappoint their excitement. Kerem ¡s a name that everyone speaks and follows with his professional rise and good looks in recent years. What makes us love more is his sensitivity to women’s lives, problems and obligations. Kerem, who has produced joint projects with many non-governmental organizations seeking organized solutions to women’s issues, has been raised as a real “gentleman”, and above all, we should thank his parents who should be taken as an example for raísing such a special person. Parents who know how important it is to teach male children to respect and love women can only be a solution to the fundamental problem in Turkey where raising a boy begins by sharing naked baby photos and men are always expected to be “superior”. Ironically, a historically relevant news item in our sp

ecial issue for men confirms this: Although the astronomically growing numbers of femicide are surprising even statisticians, our lawyers continue to impose penalties on femicide crimes for
incredible reasons. As this number goes to print, a killer who “killed because he loved passionately’ was granted penalty reduction for “passionately loving” the women. The same unbelievable outcome was experienced in the trial of Deger Deniz, the 17-year-old murderer of a victim who “who broke his pride”. Hoping that we will cease to be a society in which men are made superior as soon as they are born!

To be honest, | was a little nervous before meeting Kerem Búrsin at Babylon Kilyos for the cover shoot last week. As you know, he ís a recent star name, everyone admires him, his name is like the definition of the handsome in the girl’s dictionary. So much so, when 1 told a few of my girlfriends that I was going to interview him, they said, “Maybe assistants would be needed, we can come”. Under normal circumstances, my friends who do not put the glass from here to there. Therefore, a name that everybody admires so much, | didn’t think “God knows what kind of ego he has?”. But Kerem Búrsin surprised me. More than enough. I am not exaggerating, I have never chatted with such a humble, zero-ego and sincere actor ín my life.

The day we met for the shoot was really cold. Also consider the wind of the Black Sea beaches. Not once did Kerem complaín about his condition and ended the shooting he started with a smile. After a pleasant meal break, we went across the fireplace to warm up and started a conversation. My first question to him was very cliche: “How does It feel to be Kerem Búrsin?”. He didn’t really understand my question. He was a little embarrassed when 1 said “You are a phenomenon”. He said, “No such thing. I am not in the mood of Kerem Búrsin’ / call a person who saves lives a phenomenon, which ís very serious.” He added, “Of course I take my profession and acting very seriously,but it is a little strange to say ‘l am this, l am that”.

We chatted with Kerem from branch to branch. We started from cooperation with Sóze Mavi. 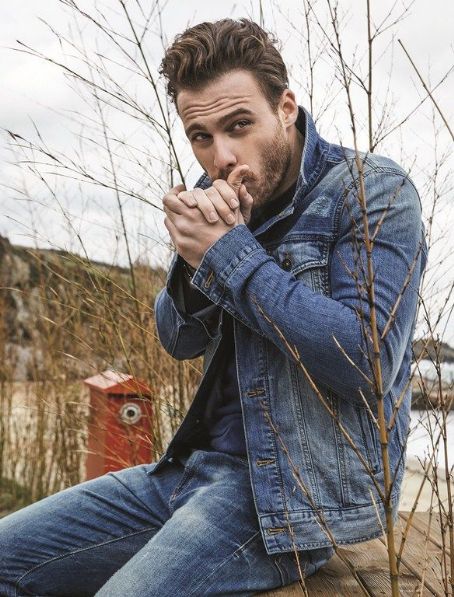 Mavi’s ads are really impressive. How does it feel to take part in these campaigns?

It will be a year in our collaboration with Mavi. And surprise! We are together in the upcoming period. Ou

r excitement continues mutually. Both the last two commercials shot on the subway were very nice

What was the breaking point of your life?

I studied college in Boston. I spent my last semester in Los Angeles. It was there that I decided that I wanted to spend my 100% life as an actor. That was my breaking point. At that time, I had a great job offer, but I did not accept it. I chose a road with many risks; I learned a lot. Let’s see what will happen.

Did you come to Turkey to be an actor?

No. My purpose for coming here wasn’t exactly acting actually. lt was a question mark for me. You are trying to start a career and unfortunately it is a little difficult. You are floundering for a while. I was looking for a discovery while coming here; discovering myself. Advantages of being a Turk, being in Turkey is like coming back to my home.

How old were you when you Left?

My mother and father are also Turkish. I left when I was 10 months old. It’s been great for me to come back to Turkey to get to know myself and my country. At some point, people have an identity problem. I travelled all my life because of my father’s profession. I bought something from every culture, but the basic culture you see at home is the most important.

There is no place you didn’t live, from Indonesia to Texas. What is it like to be so
multicultural?

It’s what makes me who I am. Nobody knows if this is a plus or a minus. Travelling the world has pros and cons for some. For example, you never have childhood friends. My closest childhood friend was my sister. You always press a reset button and you start a new life. It depends on your point of view. It must have been a plus for me, I don’t know any other way.

And of course, you left some broken hearts after traveling around the country?

l hope I didn’t. I cannot say that I am in love with every person I date. Love is a very simplified word in the period we are already living in. You date a person for a few months and people start asking, “Are you thinking about getting married?” 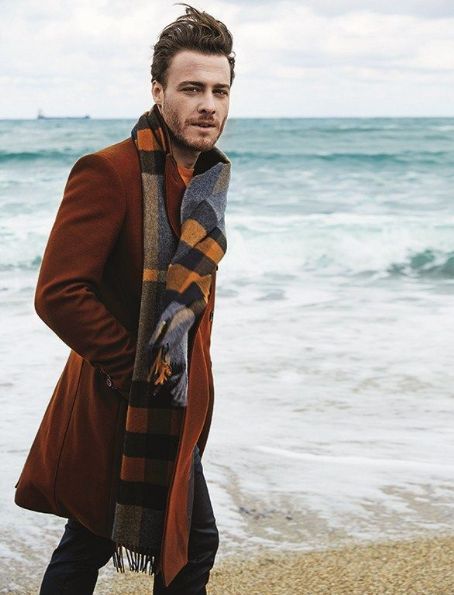 Are you thinking of getting married?

I want to get married a hundred percent, but not now. I want to have a family and children.

Well, what do you think about love?

Love awakes a lot of things in a human. lt is a great source of inspiration. You do things you don’t do, you say what you don’t say you are doing things you could not think of, you are hungry for self-improvement. You grow up with love. You always want to be better. This is something instinctive. It’s not about self- appreciation. It is no coincidence that so many novels, poems have been written and pictures have been drawn for centuries thanks to love.

What are you looking for in a woman?

I think it is very difficult to be a woman in this world. The woman’s ideas, dreams, standing on her own feet, her stance attract me. Unfortunately, there is no gender equality in the world. This is a situation caused by lack of education. It’s a very sad event. I think women are more valuable than men. We exist thanks to them.

What are you doing on this topic?

We have worked with UN Women and AGEV so far. Recently, we released T-shirts with Mavi and ACEV. They are sold in Mavi stores. Our aim is to contribute to ACEV’s support for women and literacy training. I guess some people have question marks in their minds, “Is this money really donated to ACEV?”. The income of the t-shirts is donated 100% directly to ACEV. I also had studies on this subject while in America.

Is this a tenderness your mother gives you?

Both my mother and father. My father has been very careful about the respect women need, since I was little.

There is that too, but not just that. The basis of the event starts with respect for human beings. My family is very sensitive about this. Of course, things seem strange and wrong when you live in different cultures and religions, but you have to respect. This turns into a respect for humanity. My father’s greatest advice is to respect. Am I the
most respectful person in the world? of course not. We are humans, we have weaknesses, but I always pay attention to be respectful.

By the way, are you one of those who go shopping with his mother? 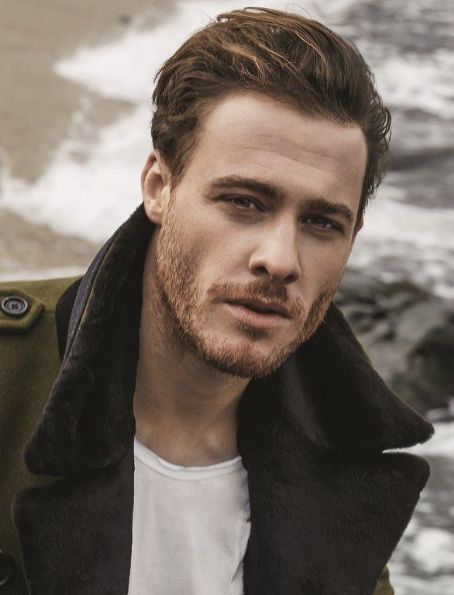 l was for a long time, but now it’s difficult because they’re in America. I love going shopping with my mom.

Do your tastes match?

She knows my tastes because she understands me. Comfort is the most important thing to me. I have a t-shirt, I have been wearing it for 9-10 years. lt was full of holes but very comfortable.

Are your current plans to continue living in Turkey?

I do not know. I love living in Turkey. I can also act here, something I love. lt is also a place I can truly call my hometown. People have no trouble speaking my name. I always had to make a statement abroad. Kerem is the Turkish name.

Why are you so in love with acting?

For me, the most attractive thing about acting is that you can never say “l am”. You work in a company, you become a CEO, you say “I’m done”. But there is no such thing in acting. You always bring a new character to life. This is also a discovery in a psychological sense. You try to understand that character and when you identify with yourself, you learn a lot from him. And this is a never-ending event.

How is one day of Kerem Búrsin?

I wake up in the morning and go to the gym. l’ve been boxing for a year. lt is a very difficult sport both physically and mentally. It’s based on strategy, but you don’t have much time to think. You have to act fast and make a quick decision. You have to know everything very well, it’s are very difficult. I also run in between. Apart from that, my acting education still continues. l’m going to Los Angeles now. I will work a little with my acting coach. Since I am not acting in a TV series right now, I got time to read lots of books. 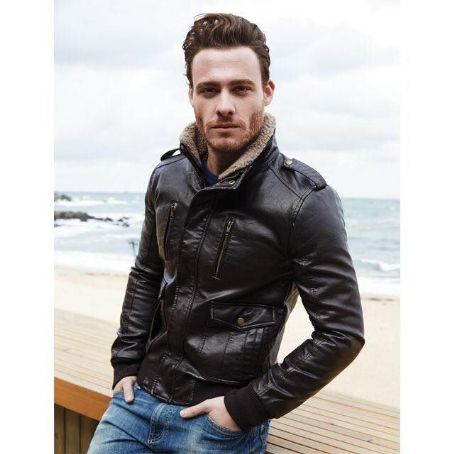 What did you read last?

Is there a book you turn around and read again?

Shel Silverstein’s poetry book “The Giving Tree”. It’s a very simple children’s book, you read it in 10 minutes, but it’s very special to me. lt has very good comments about humanity.

The last question is, is Hollywood in your acting destination?

There is. It’s a bit like a champions league.