His biggest dream was to become a Turkish actor in Hollywood. Or has he given up on this dream? Perfect English, acting education, physics, handsomeness not enough? Why did he come here? Have you ever fallen in love in Istanbul?

You moved to the United States in 2000 and studied high school and university there. Why did you go to America?

We moved to Texas after traveling many countries because of my father’s work.

Did you start acting there?

Yes, I started in high school. Last year, a theater competition was held…

I did so. So, in my last year of high school, I started to learn and research what acting is and what it is not. And I loved acting. 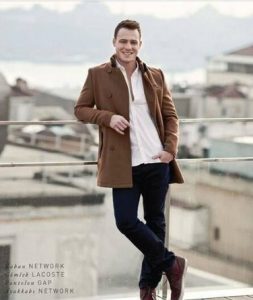 I decided to study acting at university.

Were your family surprised to hear this?

No, they were not surprised because they saw that I was seriously interested in acting. But they were realistic. Especially my father was very nervous.

In case I can’t make money. OK, you keep saying “I love this job, I will do it”; But making money is also important.

What about your mother?

She was a silent supporter. My father said, “Are you sure son?” Then, my mother researched where the most suitable university was; Thanks to her, I went to Emerson College in Boston.

What happened when you started university?

It’s been great for me, because it’s not just acting; He also provided marketing training. He treated the movie industry as an industry and taught everything about it. My mother said to me, “Look, you’re going to study marketing, but there is also acting in this university.” If I was looking for a school myself, I would not have made such a good choice.

Why didn’t you continue acting in America?

I used to come to my grandparents, to visit my family here, every summer vacation. For me, those three-month vacation periods that I spend here every year were completely different. Those were th 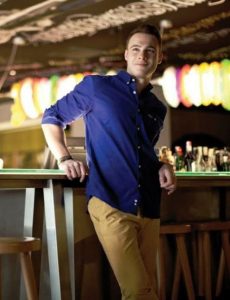 e moments when I was the most free. Being in Turkey, living this culture, spending time with my family, being in a summer house, hanging out with my Turkish friends… It has added a lot to me. I’m already Turkish, I feel good here.

Not feeling well in Los Angeles?

I was also very happy in Los Angeles. But let’s say I go to the “audition” (actor selection). I speak like an American; but when I say “I am Kerem Bürsin”, everyone is surprised. They are also surprised that I am not Turkish. Don’t get me wrong, being Turkish is different and attractive to them. But their first question was “Well, which projects did you take part in in Turkey?” was happening. I say no, I studied and lived here… At that moment, the magic breaks down, that is, their interest decreases. Because there are so many players in Los Angeles; All talented, all handsome. They are always looking for difference. Otherwise, my biggest dream was to be a Turkish actor in Hollywood.

Have you given up on this dream?

No never. I used the past tense to talk about my current feelings…

How did you come to Turkey? How did the proposal “Güneşi Beklerken” come about? 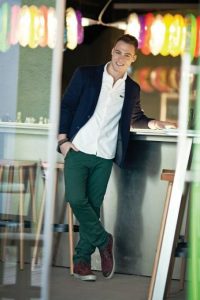 I was here for my cousin’s wedding last year. Everyone was saying things like, “Stay here, the industry is flourishing, you can act here”…

I thought about it, but I didn’t take it too seriously. And I met Gaye Sökmen. After talking to him, I decided to stay. He understood me very well… My stay in Turkey is also very nice from another point of view. I come to Turkey every year during the summer holidays, but I have never lived here. This is a hugeopportunity. A little bit about the environment there, constantly asking “Will there be good news?” I wanted to get away from your thoughts. What could be the worst when you stay in Turkey? I said to myself, “If I fail, I’ll run away to New Zealand and teach acting to the kids there.”

Are you used to Istanbul?

I love Istanbul. It is beautiful in every way. Visiting Istanbul is different, living is different. I learned a lot about my country by staying here.

Is being very handsome an advantage for the actor?

I’m not very handsome. Fortunately, it’s not my job to be handsome. My job is to be an actor.

Let’s talk about women… What kind of women do you like?

The woman standing on her feet is attractive to me. Because you know that he doesn’t need you. Self-esteem is also important. I’m not talking about self-confidence mixed with arrogance, but… It’s also nice that the woman is witty. Women are precious beings who experience many different things. It is not easy to be successful and strong as a woman in such a world.

I don’t want to offend a woman, so I’m afraid to offend. Of course, dating, such things depend on the current flow. I don’t mean to be a gentleman; but there are some codes that must be followed in relationships. Unfortunately, some things do not exist today. In that sense, I’m a bit of a classic person. 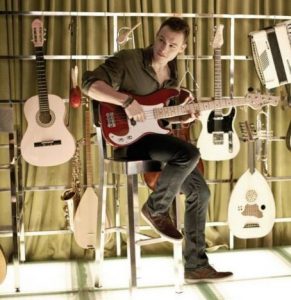 Have you ever been heartbroken?

Of course. When I was in high school, my heart was broken so badly. Music cured me.

If you fell in love and wanted to get married, would you restrain yourself by saying “my career comes first”?

Have you ever fallen in love in Turkey?

No, I’ve never been in love. 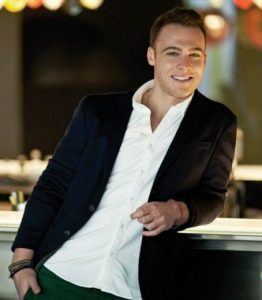 I would love to fall in love in Istanbul. This is such a romantic city… I fell in love in Texas; but you can only do certain things there, the places you go are also certain. It’s much nicer to fall in love here. There are so many places to go with a lover, the count is endless. When I first moved to Istanbul, my favorite thing was to go out and walk at four in the morning. That silence, the energy of the streets, you see and feel history everywhere. What a joy it would be to hold a girl’s hand and walk these streets. And look at Texas… It’s incomparable.