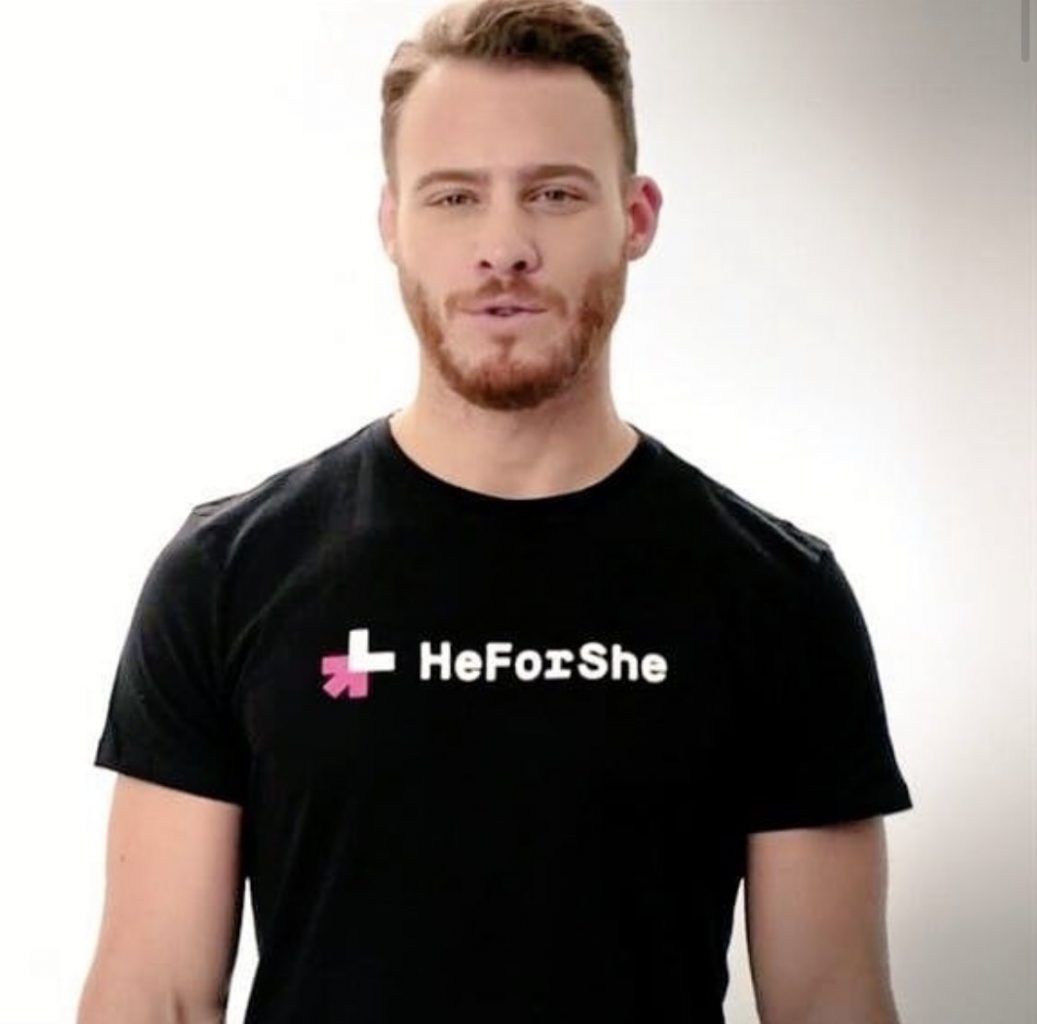 Kerem Bürsin also supported the HeForShe campaign launched by UN Women, United Nations Gender Equality and Women's Empowerment Unit. The main idea of ​​the campaign is the idea that gender equality is an issue that concerns not only women but the whole society, and that in a society where gender equality is ensured, both women and men will gain in social, political and economic fields.