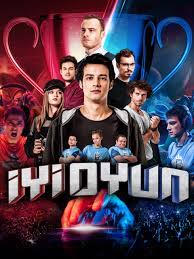 Cenk is a recent high school graduate and extremely skilled video gamer. He works part-time at a gaming house to support his single mother and sister. He also plays the famous video game 'League of Legends' as a booster (player for other people) to make some extra money. One day, Ada, manager of a newly formed pro e-sport team "The Odd Five", discovers him and proposes him a spot. Cenk decides to join the team owned by a former pro gamer Ruzgar, and embarks on a journey in the professional gaming world. He will face tough challenges and adventures to play in the season tournament finals with his teammates Batu, Naz, JJ, Aslan and their mysterious coach Ozer.

Good Game (name in english of the movie) , co-produced by BraveBorn Films is the world’s first E-Sports themed youth film. The film was directed by Umut Aral, in which Kerem Bürsin was a guest actor with the character of Rüzgar. While the film won 11 international awards, it was also broadcasted on the world famous digital platform Netflix.