Today BMW Turkey launched the teaser trailer of their new ad with Kerem Bürsin. During the short video you can hear Kerem saying:

In this life we all have a role model, mine? My father.

And I also have a road model 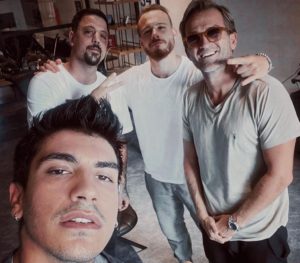 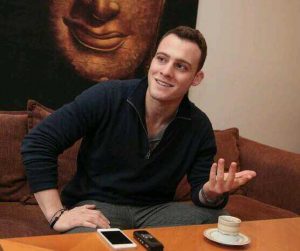 Kerem Bürsin, one of the most remarkable and admired actors of recent times… Turkey got to know him first with the TV series Waiting for the Sun on Kanal D, and then with the Line and Lipton commercials. However, his acting career goes way back. The young star also appeared in the films Sharktopus and Ghost of the Imperial Palace by Roger Corman, one of the famous directors and producers of Hollywood. His forward-looking goal is quite ambitious: “To become a well-known Turkish actor abroad.” The feature that distinguishes him from other advertising faces is that he studied “Marketing” at Emerson College in Boston and looks at acting from the “marketing” perspective. In short, Bürsin, who integrates her acting with marketing knowledge, is an advertising face that “understands the language of brands”..

We first got to know you in the TV series Waiting for the Sun. Then you acted in a commercial for Line and Lipton. How do you choose the brands that you will play in their advertisements?

I actually studied marketing at Emerson College in Boston. Here’s the thing: you’re starting a company, you want it to have value. After a while, the company reaches the point you want. Therefore, it is very important with whom you work and with whom you establish relationships. Because this situation starts to represent your identity after a while. The same goes for acting… I don’t make my choices alone either. I am an actor of Gaye Sökmen Agency and this is a collaboration. We are a team of six or seven, and I am part of that team. We decide together where and in which project I will take part. I think this is one of the healthiest ways.

Are you selective and involved in the creative process?

Of course, me and my agency try to be selective in all our projects. We read the incoming scripts, we try to intervene if there is something we will be uncomfortable with. 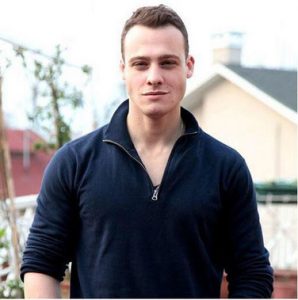 How did you decide to become an actor after studying marketing? Did your acting career start in Turkey?

I actually just started living in Turkey in real terms. I lived in Ankara for a year while I was in primary school, but then I lived in different countries. I moved to the USA in 2000. I met acting in high school. My professional acting career actually started in America before Turkey. After my marketing education, I studied acting and then acted in two films in America.

So, how did this process develop?

So think about it this way, you are in Hollywood and there are 7 million actors. As in “Marketing”, “How can I make a difference, how can I stand out and how can I finally do what I want to do?” I thought. And unfortunately I am not creating a product here. If the product was a cup, you would explain that its glass comes from Africa, that the glass is of incredible quality, and you sell the product. But in acting it is different. For example, you will play the character of David. The question you should ask is “How can I create the character differently?” It happens, but in the end, we’re all acting. Also, I am not a lucky person, there are no “intermediary people” around me to help me get a role. But here the following question became important for me: “Are you ready for acting?” There is one thing I learned while studying marketing; the better a product you have, the easier you can sell it… I integrated this thought into my acting. I thought that the more I contribute to my acting technique, the more my chances will increase… That was my acting philosophy. I always tried to be ready. Players want to be players right away. Of course I wanted that too. But it doesn’t happen ‘immediately’! And when it doesn’t, I think most people get depressed and sad… But instead, we need to use this process better and get ready.

And you acted in two movies in America…

I went to an acting audition in Los Angeles. I acted in Roger Corman’s films Sharktopus and Ghost of the Imperial Palace. But I wouldn’t recommend either movie at all! The English only have a saying: “Beggars cannot be picky.” There was an opportunity in these movies and I was like, “How do I take advantage of this opportunity?” I thought. Roger Corman’s specialty is to discover new names in the market. Many names in Hollywood are his discovery. When you think about it, it’s nice to be collaborating with someone like Roger Corman. That was a plus for me and I acted in two movies with him. This is how my professional acting career started.

Then you returned to Turkey…

“Waiting for the Sun” series is your first project in Turkey. Have you ever thought that the series will hold this much and be successful?

Actually, I don’t think about it at all, and I don’t like to think about it. That’s why I’m not acting. Of course I want it to be successful. But we already decide together as a team. When the project comes, we look deeply and think. I really liked the character of “Kerem Sayer” in Waiting for the Sun, but more than that, the director was very important to me; It would be my first project in Turkey. I didn’t know the market very well. But the presence of both our Director Altan Dönmez and D Yapım in the project made me even more excited.

How is your time on the set, are you happy?

I am very happy and very lucky. An incredible staff and an incredible team. Our environment is really great. We are like family, no one has ego and everyone is together, we have a lot of fun.

Did you ever expect to receive great attention at such a moment and did you feel ready to play the leading role?

I never expected such attention. I have never thought of that. But I felt ready to play the lead role. 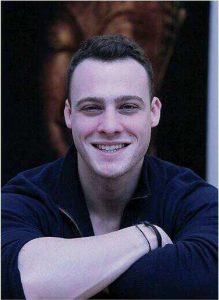 Do you think this interest will continue?

Maybe… But maybe this series will end and I will be unemployed! You have to be used to it too. For example, I am used to it and I learned it in America. I was 21, it was my first year in Hollywood, and I shot two movies right away. So I was feeling lucky, I had expectations and dreams, but none of them came true. My next job was as a driver! It created a very nice “cold shower” effect on me. I saw that in this profession, you can always find yourself on the ground. Since you know how that place smells and looks, even if you go down there again, you can still get out…

Who did you chauffeur during that time?

I have been the driver of actors such as Rachel Hurd-Wood and Dan Fogler. Usually, I was chauffeuring actors who came to America from England to audition for acting. It was a job for a few months. After that job, I worked as a sports coach.

The character of Kerem Sayer, which you played in the series, was very popular. Do you have any reservations or fears about playing the same type of role again?

My goal is not to be popular or famous. My aim is to play in quality projects that I will be proud of. If a character like Kerem Sayer comes back and the director says, “I want you to do in this role what you did in Kerem Sayer,” I would not accept it. Because he was a completely different person, he was Kerem Sayer. This is someone else, and everything about it should be different. If the script is good but the role is the same, then it’s my job from now on. “How can I do this differently?” I think. The person I will play may still be a rich kid, but his character will definitely be a different, different person. It can actually be enjoyable. But I am a person who likes to play different characters and my dream is to play different characters.

Has your life changed after you acted in the series? How does being famous make you feel?

I don’t feel famous at all. My life has changed like this; I love to use subway but now I can’t use it. When I get on the subway, I miss the stop I will get off at. Because I am not someone who shows interest and says no to anyone who wants to take a photo.

What is your goal? Where would you like to see yourself?

I certainly do not underestimate the market, but just as almost all football players dream of playing in the Champions League or in Europe, I also have a dream of becoming an internationally known Turkish player. 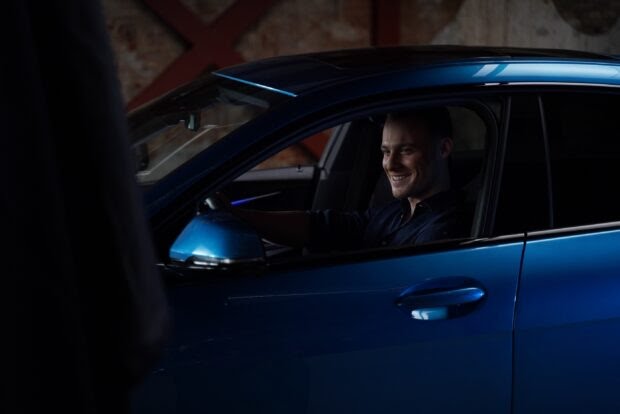 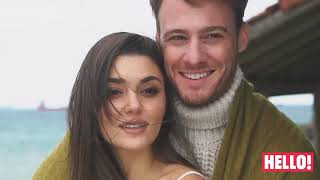 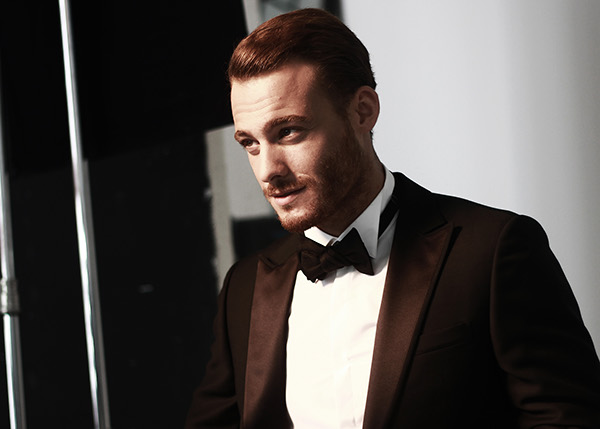